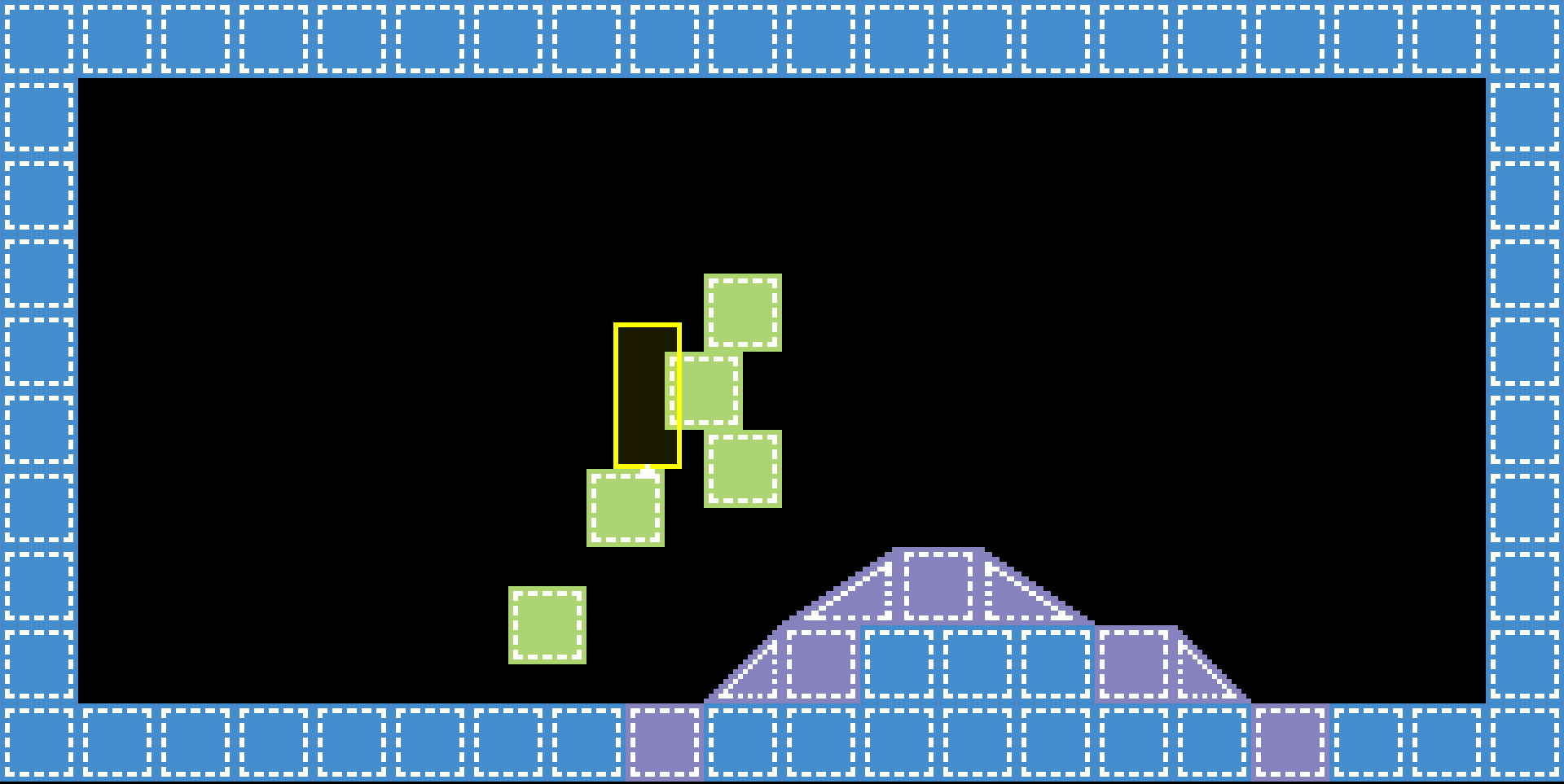 In this article we’ll see how to implement jump through / one way platforms.

If you remember from my previous article, we kept a separate object hierarchy for jump through / one way platforms. That’s because we use them differently in our collision checking; had we made them children of solid objects, we would have had lots of headaches trying to fix their behavior.

As you might already tell from the name, one-way platforms behave like platforms only when hit from above. They don’t even act as obstacles when you travel horizontally so we can absolutely ignore them in the X axis movement part of our code.

This script checks if the object is colliding with a one-way platform 1px below its bbox_bottom. This is not enough though, because we must not collide with such platforms whenever we’re 1px (or more) inside them.

The clear advantage of keeping all these platforming behaviors separate, is that we can edit our on_ground() script and reference our newly created one.

We just add another testing condition to our on_ground script and from now on, the whole platformer engine will take into account these one-way platforms.

Getting down from one-way platforms

To get the player down from one-way platforms, we modify the jump behavior of the player (which is defined in its ground state)

Whenever the player is standing on a jump-through platform and presses jump + the down key, we push the player one pixel inside the platform and then we change its state.

I bought and watched a bunch of courses, but If I had to choose only 3, these would be the absolute best GameMaker Studio 2 courses on Udemy.

Fuzeboy’s still in development so it’s only natural that sometimes I take time to rewrite stuff, to fix things, to experiment and so on. We try, we break, we fix, we extend, we change. We evolve. One issue we faced from the start, is the game resolution. What we knew was that we wanted pixel…

Let’s say that you have a sprite with a complex animation (i.e. variable frame rate). As you can see from the following image, each frame will play at a specific time (I use a simple Photoshop script to export the frames, I’ll write an article about it later).