When you try to import multiple images into a single sprite in GameMaker Studio 2, you could end up with unexpected results. Specifically, if the images have different sizes (width and height), the sprite size will be equal to that of the largest image, but all the other images will be imported stretched to fill the canvas (effectively ruining the sprite).

To fix this, I use a command like utility called ImageMagick. If you don’t have it, go get the windows binary and install it.

As you can see, all these images have different width and height. But I need them to be imported into a single sprite. Let’s create a sprite in GMS2 and see what happens then. 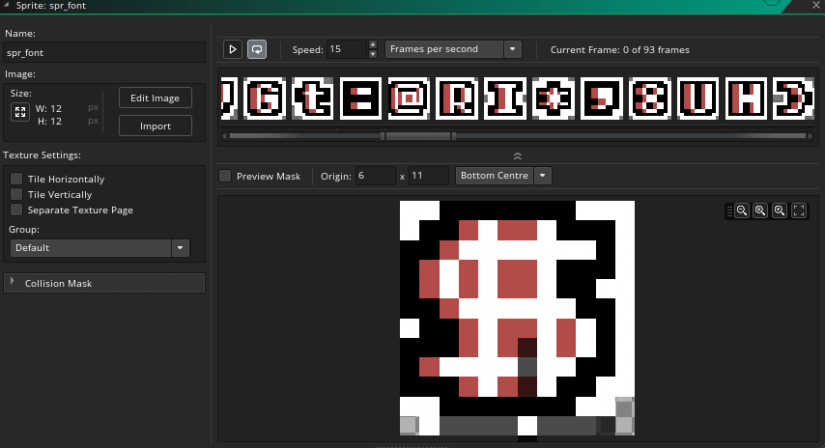 As you can see from the image above, every character has been stretched to fill the entire 12×12 canvas. So now a comma is just as big as the number 8. Nice job, GameMaker!

Let’s fix it. To do this I open the command prompt. Then I type the command

The 12×12 dimension is the one that GameMaker assigned to the sprite. Remember it? That is the largest width and height of my images (the final size of the sprite). I got that information when I first imported the images in GMS2.

I want the -background to be transparent. I also want to keep the sprite centered and expand the canvas all around it (the -gravity parameter).

Execute that command and… done! Now I’ll import the images in the sprite again, overwriting the previous abomination.

I don’t know if this is a bug or it’s the GMS2 intended behavior, but now you know how to fix it with a single, simple command. 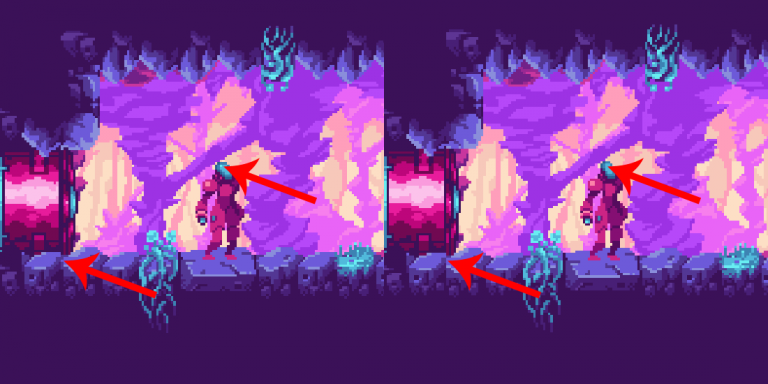 In the earlier tech demo, I had positioned a truckload of similar tilesets. Those bluish/greyish square blocks are not hand picked. I did not make that work in the level editor. I got inspired by the Smart Tile Objects tutorial by HeartBeast. I simply downloaded the Square Blocks Textures from OpenGameArt.org, cut and pasted a bit in…