Hello, I’m Nikles. It’s pronounced more like knee – less but with a k in the middle, I guess…

I’m a hobbyist Game Developer with a full-time day job as PHP Developer. On this website I talk about GameMaker Studio and how I make stuff with it. I release little prototypes and engines, write tutorials and guides… Basically I like to share what I learn and what I do, without any paywall whatsoever.

Before my interest in game development, I was an ordinary Python, Java and PHP developer. I had worked in finance and insurance – mostly data analysis and data ETL – with my last job (at the time) being at the Italian Stock Exchange in Milan – pretty dull, if you ask.

Then in December 2015 I got to play, for the first time ever, Super Metroid. It was love at first sight. I had never played that game before and I finally understood what I’ve been missing out.

As a side effect, now I wanted to make games. Specifically, I wanted to make a game like that. Well… turns out Super Metroid is a masterpiece in Game Design and I probably set the bar a little too high for my own goals, but I haven’t given up. I’m still learning so much stuff and I feel I have to share it!

I spent a whole year, in 2016, learning GameMaker: Studio, making prototypes and little platformers (that I never released). I studied the work of others and I got lucky when GameMaker Studio 1.4 went on sale in a Humble Bundle (along with the source code for many GM:S games). I followed every tutorial, watched every video on youtube and took almost every course I could find on Udemy, bought a couple of books and most importantly I kept making stuff.

In November 2016 I met Darftey and we immediately set out to develop our own game: Fuzeboy. 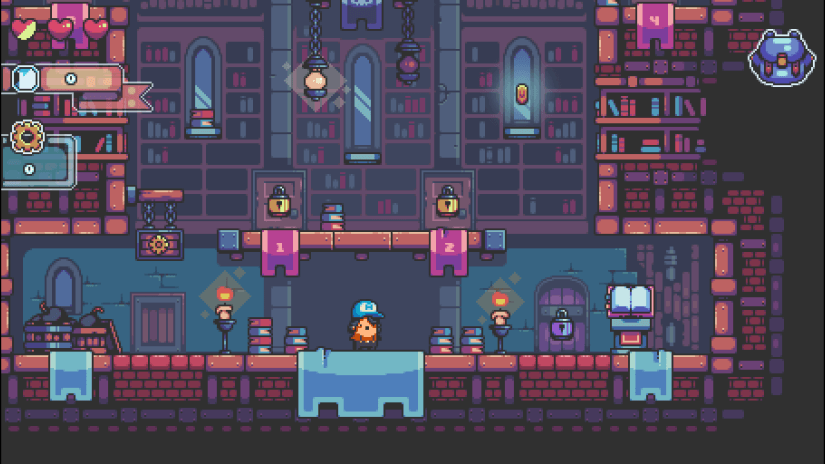 Fuzeboy was going to be our first commercial game but due to lack of resources (and me getting a full-time job) we suspended it. We never released a public demo but the engine was pretty much feature complete.

I’m currently working on super secret stuff but rest assured that I will keep writing (hopefully interesting) articles on this blog. If you feel like getting in touch with me, please do so. I have a contact form you can use on this website – or you can follow me on twitter @niklesgames (my direct messages should be open).