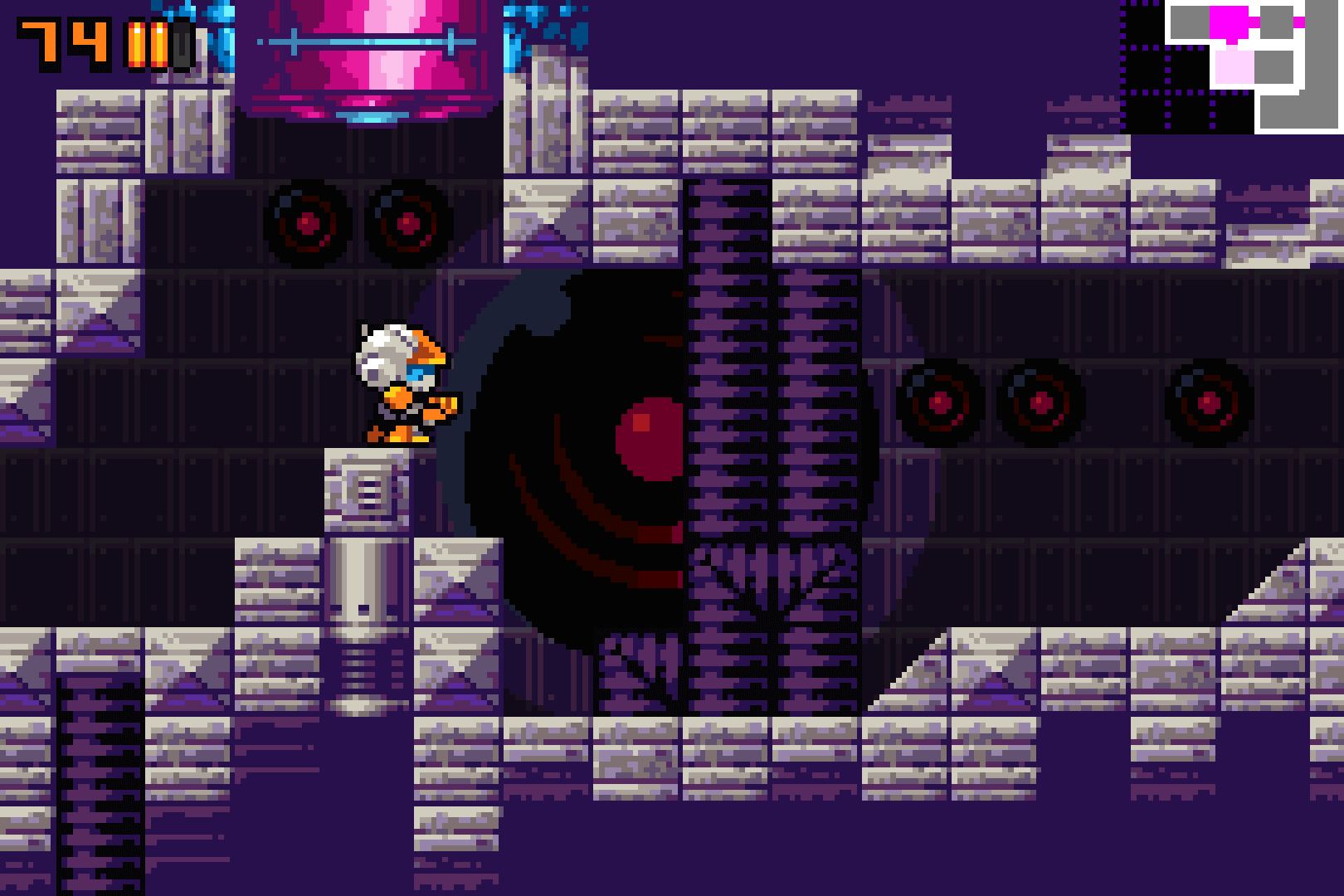 Indies, not sure what to call your next game? Pick any of the red tiles: pic.twitter.com/KcMMWnTk1G

Here it is in all its glory. Well… more or less…

I’ve added the energy pickup, the exploding blocks, the “bombable” blocks and enemy spawners that resets upon re-entering the zone. Also added Gamepad support. Next up:

A well developed metroidvania game should start with a solid planning phase. One of the first things to figure out is the character movement. I’m not talking about physical variables such as speed, friction and acceleration. I’m talking about figuring out what are the movements we want the Player to be able to execute during the…

Yet another official announcement: Fuzeboy is now being rewritten in GameMaker Studio 2. After getting familiar with the new UI and the new GML functionalities, I’ve realized it made little to no sense at all to keep using GM:S 1.x. I’m already rewriting Fuzeboy from scratch so I might just use the new, improved IDE….

Me and Darftey have been developing Fuzeboy for five months now. We met in late Novemeber 2016, experimented a bit with prototypes and then started serious development in January 2017. It all started as a small mobile game (you can see the touch controls in the image above) but soon it was clear Fuzeboy was no small game…

Don’t you hate it when, during a death animation/sequence, your character accidentally touches a powerup or a health pack… and then it dies anyway?! This is what we wanted to avoid in Fuzeboy: unfairness. If you catch a heart during the final knockback, you will have another shot at it.